This weekend was the Cold Wars wargaming convention in Lancaster, PA.  As usual it was an awesome time. 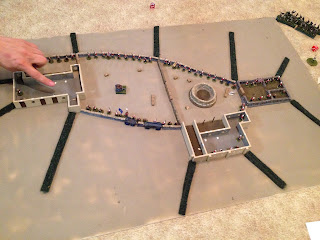 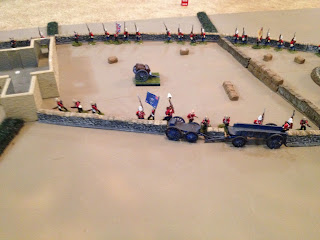 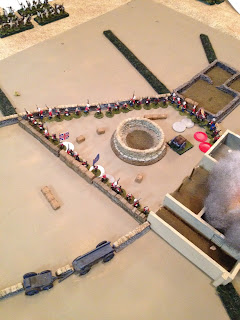 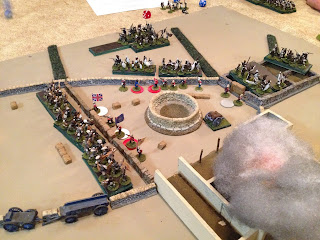 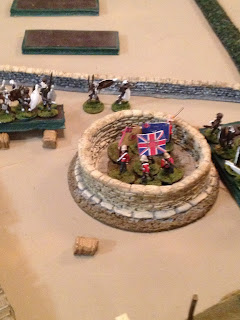 The British eek out the narrowest of wins from inside the great redoubt.

Then I met a very nice corgi named Gizmo. 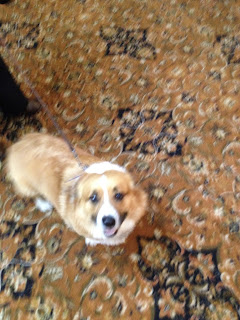 Then there was an American Revolution game with lots of booze.  Very beautiful table. 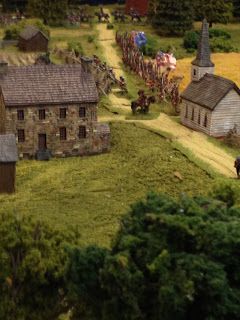 Then I met a very nice Irish wolfhound named Tyr. 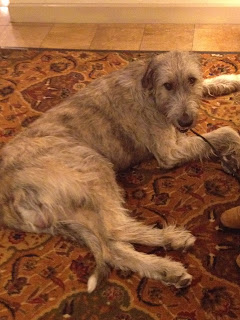 Speaking of Irish, my Battle of Ashbourne went off without a hitch.  Ended in a draw. 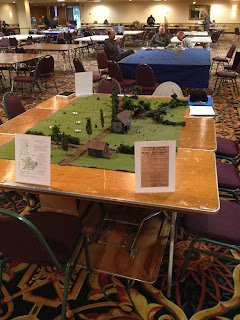 Then it was back to the American Revolution with the Battle of Monmouth.  Another  fantastic looking table. 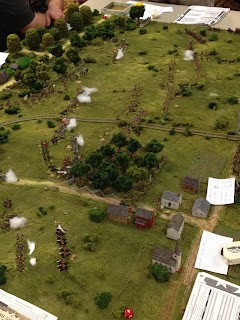 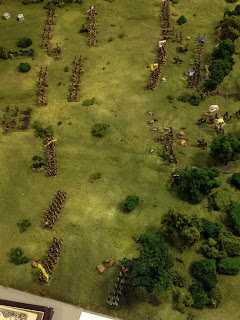 My final game of the con was a Normandy Bocage fight with John as the GM.  This was a very fun battle that played super close to tactical realism.  Here you can see the US company commander trying to flag down a platoon of Shermans. 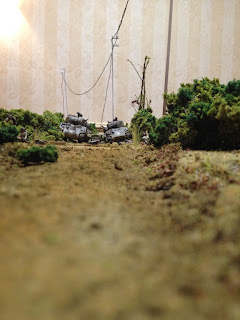 Making progress on the Fingal Volunteers and the RIC.  And some sheep, too, because what's an Irish countryside without meadow maggots?  Here's how it has gone down so far...

Finished the basecoat on the RIC.  Used Vallejo Heavy Black Green diluted 1:3 with Secret Weapon Black Green wash.  The results were too vibrant, so... 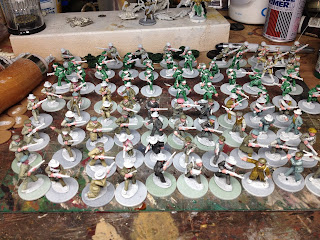 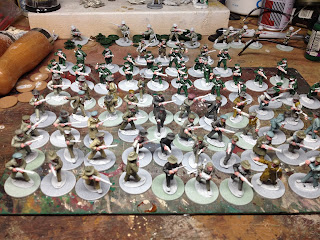 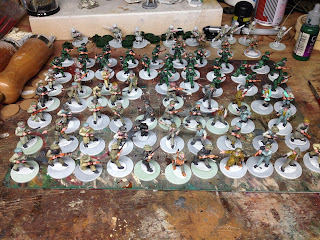 Washed the gunmetal with GW Black Ink and used a really cheap bulk Burnt Sienna acrylic, heavily diluted, to basecoat the bases.  Once these dry I will drybrush and flock them and call it good. 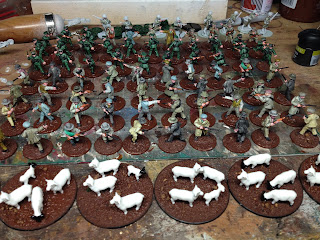 All I have left then is the Model T trucks for the RIC.  Looking like this game is going to happen next week at Cold Wars.
Posted by Unknown at 8:05 AM 1 comment: