Being of Irish heritage (among others), I am compelled to field an Irish warband for Saga.  I have also found a copy of The History and Topography of the County of Clare, by James Frost, which is providing me with lots of inspiration for developing campaigns that recreate the turbulent Dark Age history of the kingdom of Thomond and the rise of Brian Boru.  I am bummed that I did not discover Saga until after the 1000th anniversary of the Battle of Clontarf.  It would have been fun to field Brian Boru against Brodir and his Viking pals.

I imagine this dude leading my Dál gCais ancestors on cattle raids up and down the Shannon river valley. 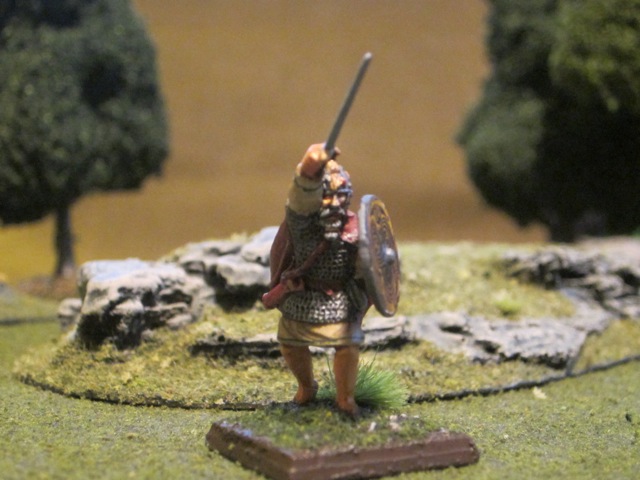 A large group of elite Fianna forms the core of the warband. 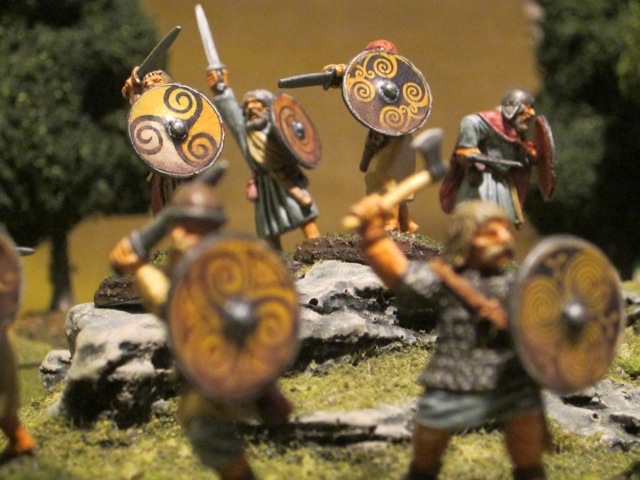 The two Fianna in the foreground are heroes, or Curaidh, who have provided some pretty epic and entertaining exploits in their brief campaigning history. 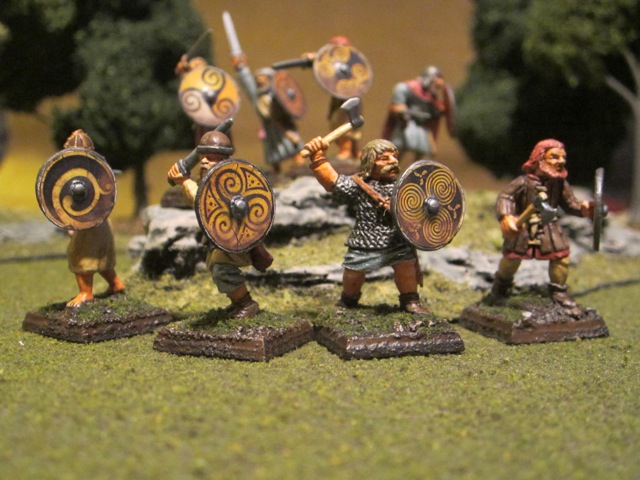 Not all that historically accurate in the sense of warfighting, but what Irish warband would be complete without a pack of fierce and loyal Wolfhounds? 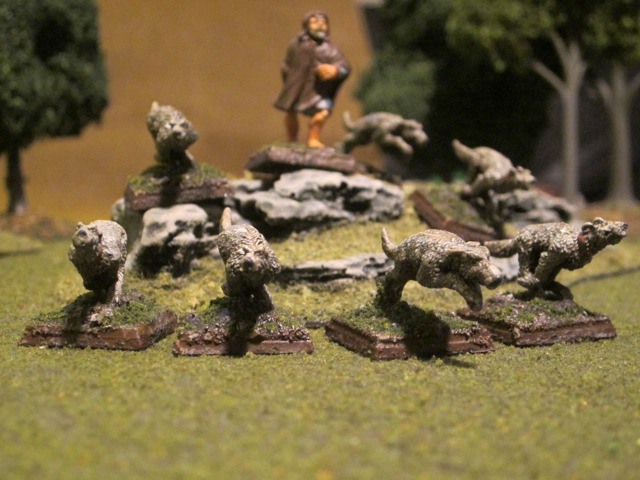 Finally, a group of brave Bonnacht accompany the warband, eager to prove themselves worthy of ascending the ranks of the Fianna. 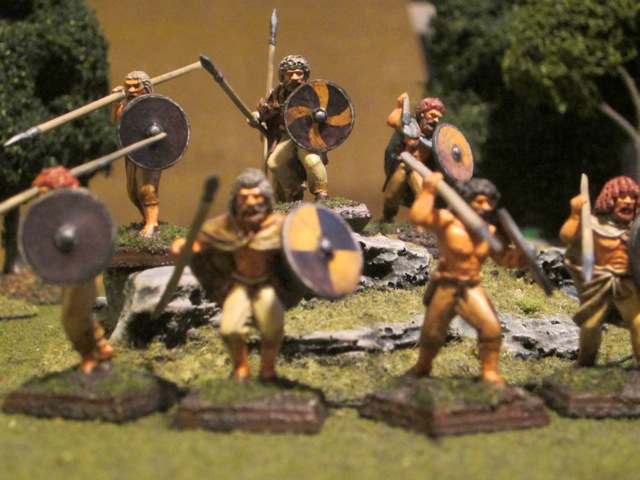 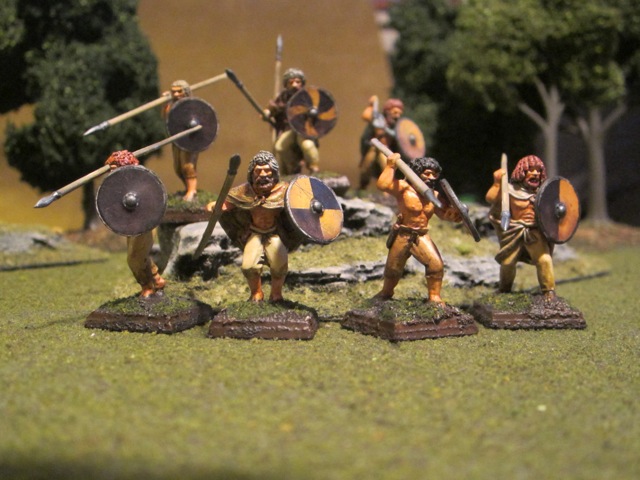 The Irish are a fun, if tricky faction to play.  Their battle board embodies the oft-heard critique from historical wargamers that Saga incorporates too much foolishness into its mechanic to count as a proper historical wargame.

My position is that Saga is easy to learn, fun to play, and way more tactically satisfying than any comparable wargame I have played so far.  To be fair, the number of wargames that I have not played far eclipses the number I have.  Still, Saga manages to hit a sweet spot between ease of play and tactical realism.

Who knows, maybe there is still time to replay Clontarf before 2014 comes to a close.
Posted by Unknown at 9:25 AM